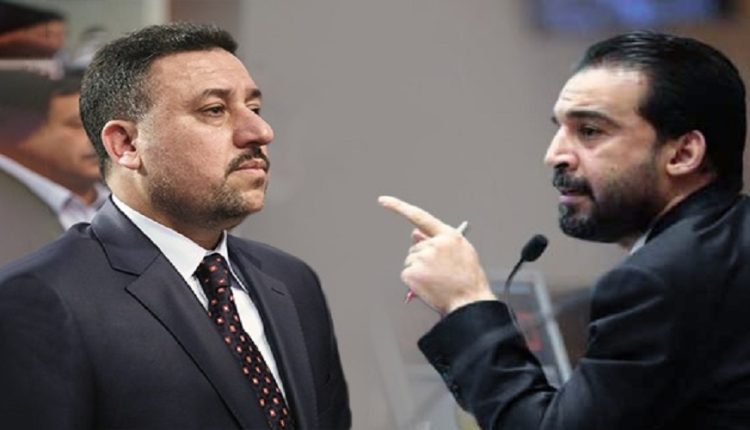 A well-informed political source revealed, on Thursday, the outbreak of a new dispute between the leaders of the Sovereignty Alliance, Khamis al-Khanjar and Muhammad al-Halbousi regarding the next position on political alliances after the Sadrist withdrawal from Parliament.

The source said, “The dispute between Al-Halbousi and Al-Khanjar has returned again after confirming the Sadrist withdrawal from Parliament and his failure to return to it to clarify the position of the parties within the coalition towards the coordination framework.”

He added, “Al-Khanjar hinted, during its recent meetings, that the Presidency of Parliament has become threatened by the amendment, especially after the departure of one of its pillars (the ruler of Al-Zamili) and talk about the nomination of an alternative for him from the coordinating framework.”

The source indicated that “Al-Halbousi is resentful of these statements and pledged to break up the partnership in the event of continuing to talk about his dismissal or replacement within the new political equation.”