International Monetary Expects A Recovery Of Non-Oil GDP In Iraq

International Monetary Expects A Recovery Of Non-Oil GDP In Iraq 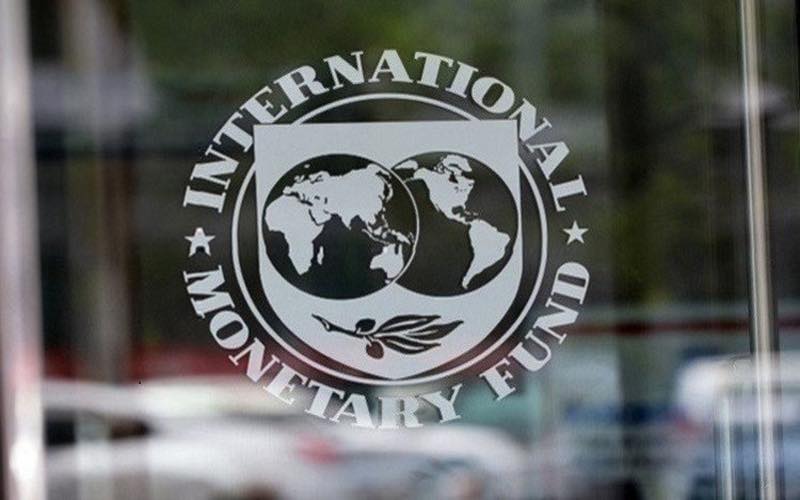 A report by the International Monetary Fund confirmed that the Iraqi economy is recovering from the sharp contraction witnessed last year against the background of high oil prices and with the easing of restrictions related to the Corona virus and the increase in vaccination rates.

And the British newspaper, The National, quoted in a report translated by the agency “Information”, the Monetary Fund as saying that “the real non-oil GDP of the country is expected to recover by 12 percent this year, while the balances of financial and current accounts are expected to improve significantly, after contracting Its officials held an online meeting with the Iraqi authorities regarding recent economic developments and upcoming policy priorities for the country.”

He added that “inflation in Iraq reached 7.2 percent last September and is expected to recede in the coming months, and it is expected that public finance balances and external current accounts will improve significantly in 2021 from a double-digit deficit in 2020, mainly due to higher prices. oil.”

He added, “Iraq invests $3 billion annually to shift from liquids to gas power generation, while high oil revenues represent an important opportunity to address Iraq’s major fundamental weaknesses, and enhance resilience in the face of the future climate and other challenges.”

It is reported that “Iraq, the second largest oil producer in the Organization of the Petroleum Exporting Countries (OPEC), depends on oil revenues to cover 90 percent of government spending, including $5 billion as a public sector wage bill every month.” finished/25 z

BGG ~ We buy Dinar!! We offer a quick turn-around and the best “Buy-back” rates.

Posted in Uncategorized | Comments Off on BGG ~ We BUY DINAR!! 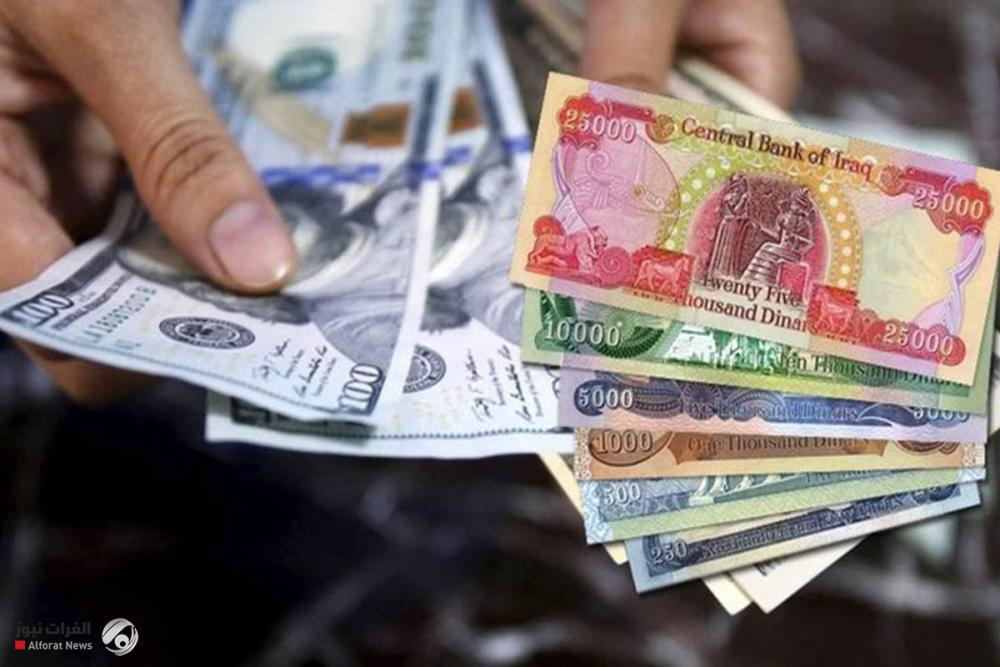 And he indicated that “the Ministry of Finance insists on keeping the dollar exchange rate unchanged until the next two years.”

Nuri expected that “the budget for the year 2023 will be based on the same current price,” noting that “the budget was built with austerity and the fluctuation of oil prices will not affect it.”

He pointed out that “a plan has been prepared, if necessary, to move towards internal borrowing.”

Minister of Planning: The Council of Ministers has taken a decision to facilitate the granting of entry visas to investors

Minister of Planning: The Council of Ministers has taken a decision to facilitate the granting of entry visas to investors 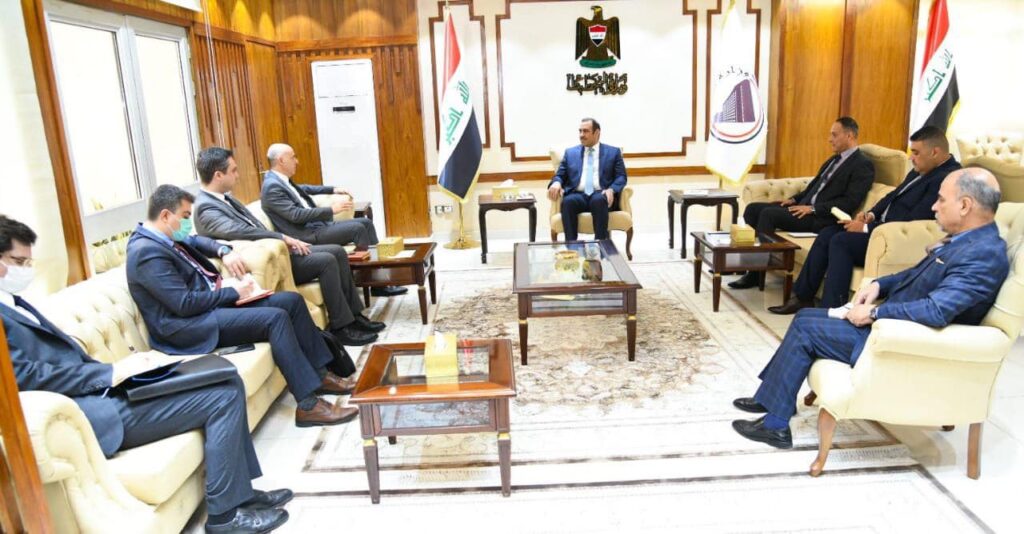 Baghdad – The Minister of Planning, Khaled Battal Al-Najm, met on Sunday, the Turkish ambassador to Baghdad, Ali Reza Günay, and his accompanying delegation.

During the meeting, they discussed aspects of joint cooperation between the two friendly countries, in the commercial, investment and economic fields, and ways to develop them.

Among the issues discussed was working to facilitate the procedures for granting entry visas to businessmen and investors from both countries. The two parties also discussed joint cooperation in the field of road transport and railways, by working on the construction of the dry canal, which includes Highway No. 2 and the railway linking the port of Faw and Turkish territory, and the importance of this project in achieving development.

In addition, the two sides also discussed hospital projects implemented by Turkish companies, and the latest developments in this file, and agreed on the need to complete these projects fully and as soon as possible after addressing all the problems that led to the delay in their completion.

Posted in Uncategorized | Comments Off on Minister of Planning: The Council of Ministers has taken a decision to facilitate the granting of entry visas to investors 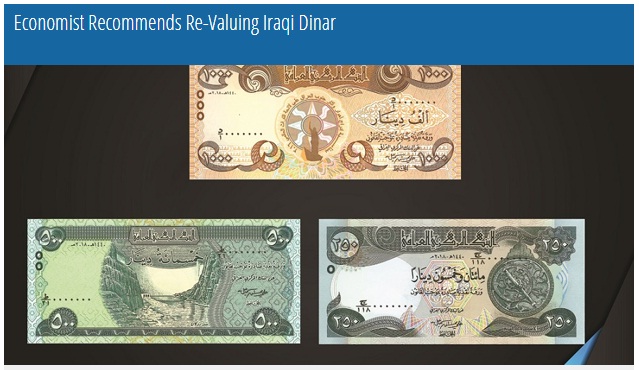 An Iraqi economist has said that re-valuing the Iraqi Dinar could be considered if certain conditions were met.

Dhurgham Mohamed Ali is quoted by Shafaq News as saying:
“The exchange rate of the dollar should be gradually reduced to 1,300 dinars [from the current 1,460 dinars] while keeping an eye on the cash transactions to preclude creating a black market, dollar smuggling, and tighten the control over imports.

The change proposed would increase the value of the dinar by just over 12 percent.
More here.

Economist: Reducing The Dollar Exchange Rate Is Exclusively In The Hands Of The Governor Of The Central Bank

Economist: Reducing The Dollar Exchange Rate Is Exclusively In The Hands Of The Governor Of The Central Bank

Information / Baghdad.. The economic expert, Nabil Jabbar Al-Ali, confirmed, on Thursday, that the decision to change and determine the foreign exchange rate is in the hands of the Governor of the Central Bank exclusively, noting that the bank is responsible for monetary policy.

Al-Ali said, in a statement to “The Information”, that “returning the dollar exchange rate to its previous state is the exclusive competence of the Governor of the Central Bank, and there is no government or regulatory authority involved in this.”

He added, that the Central Bank is able to take a decision to change the price without restrictions or conditions, as it is independent and is responsible for drawing monetary policies in Iraq.

Al-Ali pointed out that “the government and parliament cannot force the central bank to change the foreign currency exchange rate.”

The economic expert, Younis Al-Kaabi, had confirmed earlier, that the central bank can gradually reduce the price of the dollar.

Posted in Uncategorized | Comments Off on Economist: Reducing The Dollar Exchange Rate Is Exclusively In The Hands Of The Governor Of The Central Bank

There is no pressure anymore.. the Sadrist movement intends to open all corruption files in Iraq

There is no pressure anymore.. the Sadrist movement intends to open all corruption files in Iraq

Baghdad today – The Sadrist movement announced, today, Wednesday, its intention to open all corruption files throughout Iraq during the next stage, stressing that it will not succumb to any pressure.

The leader of the movement and former MP, Riyad Al-Masoudi, said in an interview with (Baghdad Today), that “the Sadrist movement, through the Sadrist Parliamentary bloc and its formation of the next government, will work to open all corruption files in the Iraqi state institutions, which were not opened during the past years, due to pressures.” and political favours.

He added that “the pressures will not be after today, with the Sadrist movement addressing the responsibility,” noting that “some political parties and personalities that lost the early parliamentary elections, are afraid of opening the files in which they are implicated in corruption cases, suspicions and others.”

He explained that “these parties want by all means to maintain their influence for the next stage, so that the hidden and hidden will not be revealed to the Iraqi people.”

Posted in Uncategorized | Comments Off on There is no pressure anymore.. the Sadrist movement intends to open all corruption files in Iraq

An expert reveals the possibility of reducing the dollar exchange rate!!

An expert reveals the possibility of reducing the dollar exchange rate!!

Mawazine News: The economic expert, Nabil Al Marsoumi, revealed the possibility of restoring the dollar exchange rate to its previous era, by a certain mechanism.

Al-Marsoumi told Mawazine News that “the current budgets in Iraq have inflated, and the 2021 budget differs from its predecessors,” noting that “the actual spending of the country exceeds 110 trillion dinars. Therefore, in light of current prices, if the exchange rate is restored, debts of up to 120 trillion dinars will accumulate. “.

He added, “It is possible for the state to gradually improve the Iraqi dinar exchange rate because the shock method adopted in changing the exchange rate was not appropriate.”
Al-Marsoumi stressed, “The rise was at a high rate and at an inappropriate time, at a time when poverty indicators were rising due to the Corona virus, and there was an uproar and shock in the markets.” Ended 29/A43

Posted in Uncategorized | Comments Off on An expert reveals the possibility of reducing the dollar exchange rate!!

The Sadrists are close to forming a national government

The Sadrists are close to forming a national government

Shafaq News / The preacher of the Kufa mosque, Kazem al-Husseini, announced on Friday that the Sadrist movement, which won first place in the parliamentary elections that took place this October, is “close to forming a national government” in Iraq.

Al-Husseini said in the Friday prayer sermon at the Kufa mosque that “the Sadrists are around the corner from forming a national government that has no importance other than saving Iraq from the clutches of ruin and corruption, and many of them know that.”

He believed that “change for the better is possible if the Sadrist bloc forms the next government, because positive change is impossible with others, and a ruling experience that spanned 18 years attests to this, but unfortunately they still prefer silence, and that many of them are deceived by the media’s extensive propaganda and falsified lies, which let Halim baffled.”

Iraqi banks get a rating from international agencies

Iraqi banks get a rating from international agencies

And the Central Bank said in a statement received by {Al-Sabah}, yesterday, that this comes {within the framework of the efforts made by the Central Bank of Iraq to develop the Iraqi banking sector and keep it in line with international standards}.

The statement stressed, “These banks will receive several banking facilities, which reflects the development of the performance of the banking sector in Iraq and the solvency of banks, and is evidence of their compliance with local and international standards.”

It is worth mentioning that the Central Bank seeks to increase the ability of Iraqi banks to expand their network of relations with international banks and enhance the confidence of citizens and investors in them, especially after their success in obtaining such ratings.