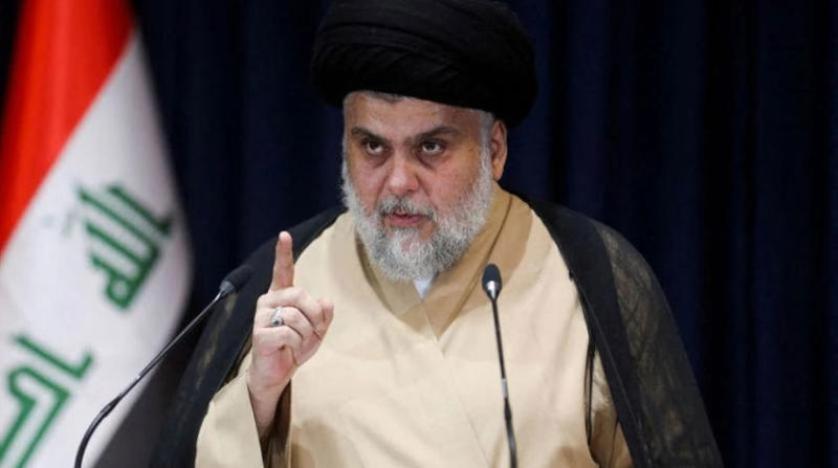 Once again, the leader of the Sadrist movement, Muqtada al-Sadr, puts his opponents in the divided Shiite house (the coordinating framework forces) in front of a critical angle, but this time through the gateway to pass the emergency support law for food security.

Al-Sadr, who leads an alliance with the Sunnis (the Alliance of Sovereignty led by Muhammad al-Halbousi, the speaker of parliament) and the Kurds (the Kurdistan Democratic Party led by Massoud Barzani) has through this alliance a parliamentary majority capable of passing laws in Parliament. Although Al-Sadr’s tripartite alliance was unable to pass its candidate for the position of President of the Republic because the position of President requires a two-thirds majority in Parliament, which he does not possess, but he has a majority of half plus one, which is necessary to pass the rest of the laws within the parliament.

In this context, the law on emergency support for food security that the Iraqi parliament had to pass before the start of the legislative recess for parliament, which begins today (Thursday), the Sadr coalition wants to pass as it meets the basic needs of the Iraqi citizen, especially since the government cannot present the budget to Parliament Being a caretaker government.

The Federal Court had accepted the appeal submitted by deputies from the Coordination Framework Forces and independent deputies regarding the submission of the government of Mustafa Al-Kazemi, the draft law on emergency support for food security to Parliament.

Regarding this complex issue, the Iraqi parliament, which faced two days ago massive demonstrations in front of one of its gates that almost led to protesters entering the parliament building, is seeking to pass this law that would silence the voice of the street, even temporarily, especially crossing the summer months in light of a sharp rise in temperatures. And a significant shortage in the supply of electricity due to Iran cutting off gas supplies to Iraq due to debts. Although Prime Minister Mustafa Al-Kazemi confirmed, in his press conference, the day before yesterday, which was attended by Asharq Al-Awsat, that his government has handed over the Iranian debts owed by it, but he revealed that Iran owes debts to previous governments.

The conflict between Al-Sadr’s tripartite alliance and the forces of the coordination framework revolves around this law, as it enables the Al-Kazemi government to continue while giving it additional funds, which means its ability to maneuver, in addition to that, the coordination framework sees that Al-Kazemi’s government is close to Al-Sadr and his alliance, which means The framework, by agreeing to pass the law, is as if to give them what they want on a platter of gold. But in return, the law solves part of the Iraqis’ problems, especially in the areas of electricity, water and many services, as well as the file of lecturers and contract holders, which are pressing issues.

Al-Sadr’s alliance, if the law does not pass, will put the forces of the coordination framework in the face of the angry street. And if the law is passed, this coalition will be in a comfortable position, since it has the majority capable of passing it. For their part, the forces of the coordination framework, and through statements or tweets issued by its leaders, are trying to pass the law to avoid the anger of the street, but by including paragraphs that serve their audience, which makes them, if the law passes, say that they pressured to pass the paragraphs they demand, and thus put themselves in a position Victorious in front of the audience.