GETTING READY FOR THE “RECOVERY” OF THE DINAR TO IT’S FORMER WEALTH!!

CBI MAKES BIG BIG ANNOUNCEMENT… GETTING READY FOR THE “RECOVERY” OF THE DINAR TO IT’S FORMER WEALTH!! 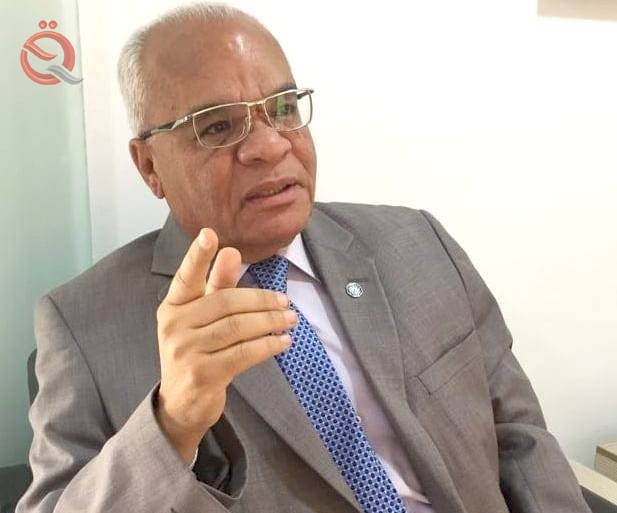 In the monthly meeting of the government and private banking leaders, Mr. Ali Al-Alak, Governor of the Central Bank of Iraq, confirmed the continuation of the Bank’s approach to stimulate the economy and build the capacity and development of the banking sector in order to move to the development role and contribute to financing investment and reconstruction projects.

The exchange rate as the main achievement of monetary policy applications and one of its important objectives, which has positive repercussions on the revitalization of the economy and stabilize the monetary and financial system.

Ed oil as a key resource for revenue and continuing imports of all goods and not to encourage and support local production will inevitably lead to the continuation of the bank offer to sell dollars, according to its law because the reason is not supply but demand for the dollar for the reasons above.

At the meeting, the Central Bank announced the launch of its strategy for the next five years to implement 21 projects to develop and develop banking business after it was able to achieve most of the main and sub-objectives of its first strategy for the years ( 2016-2020 ), which has become possible to start the process to achieve the full objectives of monetary policy and move to The ranks of international banks sober certified by specialized international financial organizations.

One of the strategic banking projects, whose objectives and future impact have been defined according to a timetable for each project, the implementation periods and reaching the target during the years ( 2019-2023) are development projects related to financial inclusion such as the settlement of salaries and projects to restore confidence in the banking sector such as the deposit guarantee company and structural development projects.

And administrative and legal as a draft government guide and projects for training and rehabilitation and capacity-building and classification of banks and projects to move banks from the role of banking to contribute to development as a project of Islamic finance pool. It should be noted here that although the Bank has started planning these projects since 2016, but also adheres to the government curriculum as far as the banking sector and the targets of the National Development Plan ( 2018-2022 ) and the vision of Iraq 2030.

The central bank’s emphasis on working in accordance with its approach to economic reform since 2015 is anchoring the reality that the central bank and its current administration embody a bright spot in an unstable economic environment for subjective and objective reasons.

The results highlighted the experience of the Central Bank in supporting the national economy while maintaining its functions and objectives specified in its law, and its contribution to achieve economic resilience and promote the decisive victory over terrorism.

In addition to the results achieved on the scope of applications of monetary policy internally and convince global financial organizations, the most important official reports issued by them confirmed the success of the Central Bank’s policy in achieving an important transition to the Iraqi economy and achieve stability in the exchange rate and the recovery of the Iraqi dinar and raise its purchasing power, one of the objectives of strengthening the economy.

In addition to his contributions and multiple initiatives to stimulate the economic cycle and enhance liquidity in banks and reach to re-coordinate bridges between the financial and monetary policies and propose new economic and structural policies to prepare public budgets for the coming years on the basis of programs and not items and attempts to restore confidence in the banking system.

The Central Bank has demonstrated its clear ability to interact, analyze business constraints and create conditions to overcome challenges. To build a solid national economy.