Iraq reels from $2.5bn tax ‘heist of the century’

Iraq reels from $2.5bn tax ‘heist of the century’ 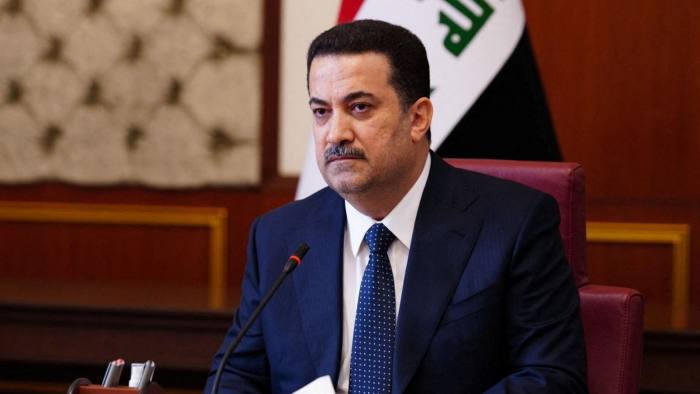 For almost a year, armoured vehicles carrying hundreds of thousands of Iraqi dinar bills have wound their way through Baghdad’s busy streets on a weekly basis.

The trucks, laden with tax funds siphoned off from state-owned bank Rafidain, were allegedly pulling off in broad daylight what has since been dubbed Iraq’s “heist of the century”.

In all, $2.5bn was allegedly spirited away from the country’s tax authority between September 2021 and August 2022, according to the ministry of finance, a massive corruption scandal that is roiling Iraq’s hallways of power since it erupted last month.

The scandal broke days before new premier Mohammed Shia’ al-Sudani’s government was sworn in and he has said his administration will prioritise fighting corruption, which has “so brazenly spread through the joints of the state and its institutions”. He has begun publicly purging acolytes of the former prime minister Mustafa al-Kadhimi.

But Sudani, ostensibly an independent who is backed by some of the factions alleged to be involved in the scandal, may struggle to hold to account senior members of Iraq’s political establishment.

“The fault and the liabilities go all the way to the top,” said Sajad Jiyad, a Baghdad-based fellow with The Century Foundation. “It implicates a lot of high-level players, including ministers and ex-ministers, civil servants and well-connected businessmen. So this is a political issue — we’ll see how far Sudani can go.”

Corruption in Iraq is endemic and has corroded state institutions, sanctioned by a political class that has governed the country since former president Saddam Hussein was toppled in 2003. The ethno-sectarian arrangement intended to foster power sharing has instead entrenched a system of horse-trading between factions competing for top government jobs and sources of patronage within ministries.

This latest fraudulent scheme is said to extend deep into the arteries of Iraq’s powerful but discordant Shia political factions, most of whom united this summer to name Sudani prime minister.

The new government is dominated by blocs linked to Iran, known as the Coordination Framework, and its affiliated militia groups, who fought against loyalists of rival Shia cleric Muqtada al-Sadr this summer as both sides jostled for control over government formation. Five people with knowledge of the probe said the latest scandal casts suspicion on both sides.

The scale of the fraud, which revolves around the tax authority, the central bank and the ministry of finance, emerged when the ministry of finance revealed the outcome of an internal investigation. It found that from September 2021 to August 2022, about 250 cheques were written out to five companies. They then withdrew funds held in escrow and earmarked to cover annual liabilities in accounts controlled by the tax authority at state-owned bank Rafidain.

In a public letter after the embezzlement was revealed, ex-finance minister Ali Allawi said that he had alerted Kadhimi’s office about the scheme in November 2021 and ordered payments to be halted from the accounts without his approval, but the payments continued. A former senior adviser to Kadhimi said the premier’s office had not seen “official correspondence” from Allawi about the fraud.

The companies claimed to be acting on behalf of bigger firms, including several international oil companies, according to the ministry. Three of the companies were founded in the month before the scheme began, four people with knowledge of the investigation said.

In total, the ministry said 3.7tn Iraqi dinars ($2.5bn) were withdrawn from the accounts at Rafidain — or around 2.81 per cent of the country’s 2021 budget. Some of the cash was then used to buy US currency through the daily “dollar auction” — a process in which the central bank provides dollars to a commercial bank in exchange for Iraqi dinars.

Three people with knowledge of Iraq’s banking sector said the central bank and Rafidain must have both known about the scheme because the uptick in dollars bought at auction was higher than usual and the amounts withdrawn were so large. They also said that the sheer volume of cash being moved daily in Baghdad would have required armoured trucks, implicating government security agencies.

“This thing is outrageous even by Iraqi standards,” said one of the banking industry sources. “There is simply no way nobody noticed such large amounts were being withdrawn.”

So far, the judiciary has issued travel bans against nine named suspects, including five senior civil servants at the tax authority and finance ministry and the companies’ directors.

One of them, Nour Zuhair Jassim, was detained on the tarmac trying to leave Baghdad on a private jet. Six people with knowledge of the investigation say Jassim is the central suspect and the judiciary is probing his ties to Kadhimi aides, Sadrists, and Coordination Framework leaders, including former prime minister Nouri al-Maliki and paramilitary strongman Hadi Al-Amiri. At least one of Kadhimi’s advisers has been called in for questioning by the judiciary.

The former senior Kadhimi adviser denied any involvement by the ex-premier, his close aides and his former oil and finance ministers in the corruption scheme. The Sadrist Movement’s political wing did not respond to a request for comment. The secretary-general of the Coordination Framework declined to comment.

The investigation is already being used to settle scores, analysts said. “Those who are corrupt and powerful succeed by using their power to target those who are weaker: often anti-corruption mechanisms are the political tool used in their targeting,” said Renad Mansour, director of the Iraq Initiative at Chatham House.

In a system rife with corruption and vested interests, the investigation is likely to stall, analysts said. Jiyad added: “It’s not unrealistic to expect that some heads will roll at the banks, and then the issue will quietly go away. That seems to me the obvious game plan by the political elite, who will go back to their old ways.”

Ultimately, that so many competing political factions in Iraq are alleged to be involved shows their willingness to continue to collude for financial gain. “Corruption in Iraq is the political system,” Mansour said.