Collecting more than 100 signatures.. A parliamentary move to reduce the dollar exchange rate

Collecting more than 100 signatures.. A parliamentary move to reduce the dollar exchange rate 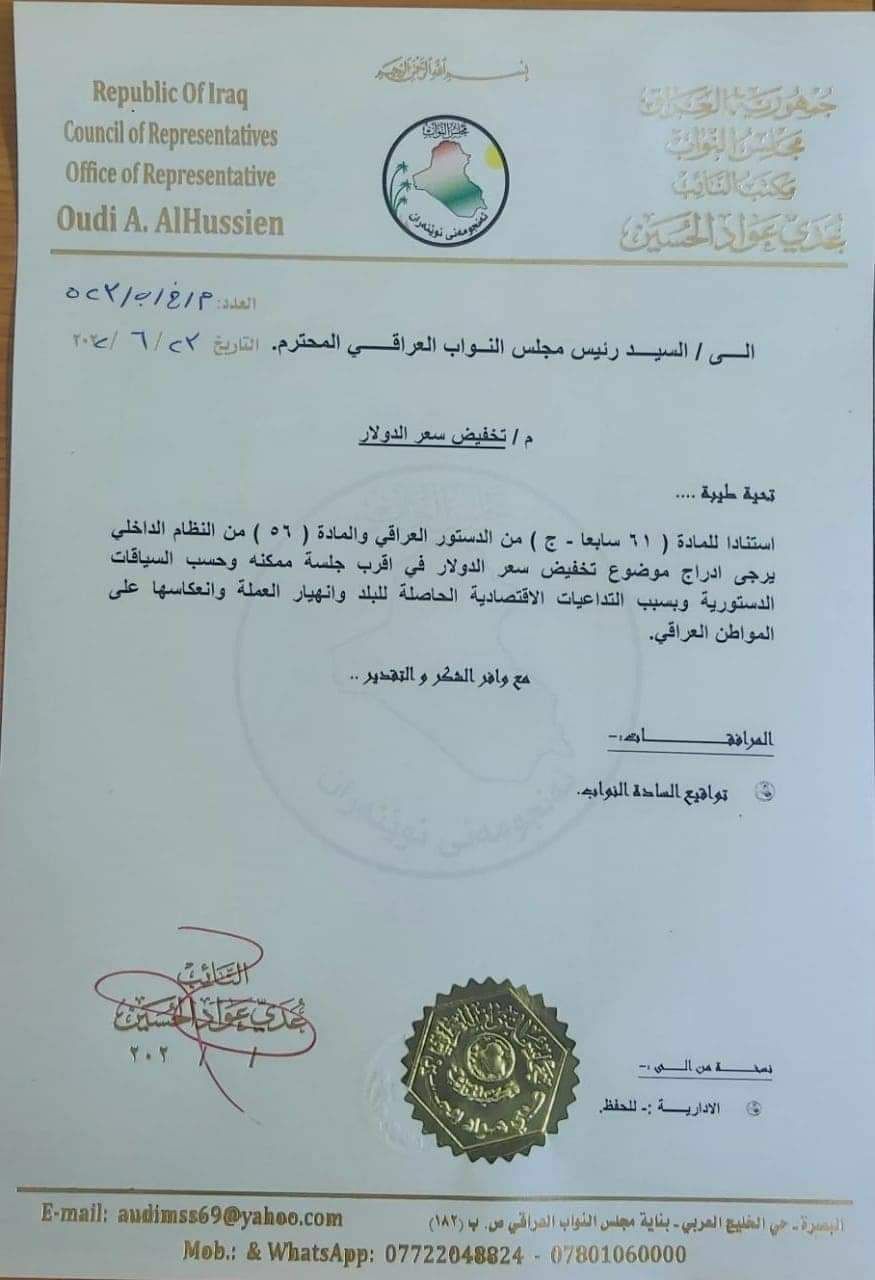 Today, Thursday, Representative Uday Awad announced that he has collected the signatures of more than 100 deputies to reduce the exchange rate of the dollar against the Iraqi dinar.

Awad stated, according to a document, that “according to Article (61-Seventh-C) of the Iraqi constitution and Article (56) of the internal system, please include the issue of reducing the price of the dollar in the earliest possible session and according to constitutional contexts, and because of the economic repercussions taking place in the country and the collapse of the currency and its impact on the Iraqi citizen “.

BGG ~ With all they have going on right now, am I the only one that finds this article a little strange?

IMHO – the whole world is in a hurry to get off the USD. We have triggered our own hyperinflation (thereby HAMMERING our own currency) and NO ONE wants any part of it. Not even Iraq.

Iraq may well be the one currency in the UNIVERSE with the actual assets to be a true non-Fiat currency and is still referred to as “grossly undervalued”.

When looking for a hedge – it’s ANYTHING but green money.