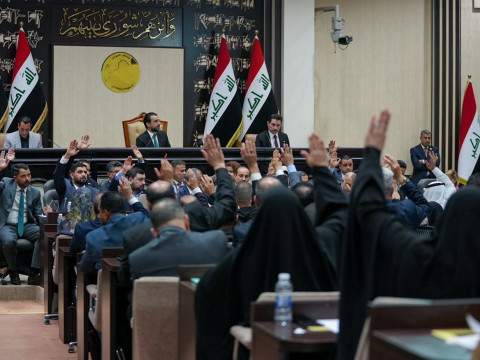 The backbone and cornerstone of the region’s authority is oil and the money obtained from allegiance outside the authority of the federal government, and thus made them an empire that was able to buy the votes and consciences of many local and international politicians. Therefore, the best way to return the region to Iraq is to control the oil in the region and the opportunity is now very favorable after The latest Federal Court decision.

All indicators now show us that the region’s authority is now living in its most difficult political situation because it is living its last days in extending its influence over oil, and its recent attempts to file a lawsuit against the Minister of Oil or to try to establish oil companies corresponding to the federal companies are miserable attempts that do not benefit it from implementing the Federal Court’s decision It is also classified only as “attempts to buy time” and is betting on the weakness of the leaders from the center and the south to give up their right in return for the Kurds to vote for them.

The second matter pressing on the authority of the region is political, not judicial, technical as the first, which is the fragmentation of the tripartite political alliance, which lost the region its influence and power in Parliament and thus its voice and influence in decision-making.

2 – Doing justice to the oppressed people of the center and the south by letting the oil exported from their land go to others.

4 – Reducing the inflation of some members of the authority in the region, which now feels larger than Iraq.

5 – Inflating the general revenues included in the federal general budget, which are estimated annually at more than ten billion dollars annually, in addition to the resources of border crossings, as well as the funds that it takes from the federal government.

The conclusion is that the latter’s movements fall under the pretext of indifference only, but the matter and the circumstances are taking place contrary to their current, and the local or international judicial decisions will inevitably come with what the Kurdish politicians do not desire.