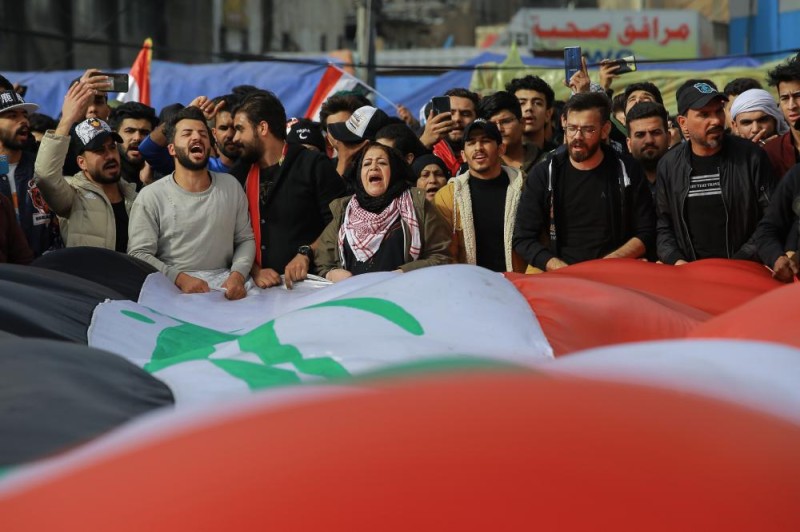 Today, popular protests continued in Iraq to demand the formation of an independent government away from party interference.

Witnesses told German News Agency that the demonstrations continued this morning, as students from a number of schools and government employees went out in rallies to support the protests in a number of Iraqi cities.

In a related framework, the students of the University of Karbala organized a sit-in on the campus to demand the disclosure of those involved in the assassination crimes against activists and protesters.

Basra, in southern Iraq, has also witnessed protests over the widespread assassinations of protesters, activists and the media, as well as the delay in forming the new government.

Witnesses told the agency that large numbers of university students organized a sit-in in front of the gate of Karma University and the Bab Al-Zubair Colleges Complex in solidarity with the protesters in the demonstration square.