Iraq: Al-Kazemi opens the file of governors to diagnose corruption

Iraq: Al-Kazemi opens the file of governors to diagnose corruption 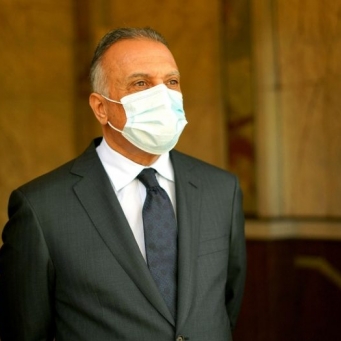 Iraqi Prime Minister Mustafa Al-Kazemi opened the file of corruption in the service departments in the Iraqi governorates and a complete review of the performance of the governors in those governorates that suffer from corruption, mismanagement and poor public services.

Al-Kazemi’s media office said that the prime minister directed the formation of a ministerial team to review the performance of governors and service departments in the governorates.

He explained that Al-Kazemi defined the tasks of the ministerial team by examining the reasons for failure to provide services to citizens and reviewing the performance of governors and service departments, in addition to giving a task to the team by taking firm measures to diagnose corruption and address its cases.

A statement to Al-Kazemi’s media office stated that “According to the directive, the team will be headed by Interior Minister Othman Al-Ghanmi and membership of a number of ministers and specialists,” noting that the ministerial team will “follow up in coordination with the relevant parliamentary committees, and will also coordinate closely with local popular and union activities in the governorates, and present His final report and recommendations to the Prime Minister.

It is not known to what extent Al-Kazemi’s ability to open the file of corruption within the service departments in the governorates and also to evaluate the performance of the conservatives, most of whom were appointed with the direct support of the militias and strong and pro-Iranian groups inside Iraq. These groups have worked during the past years to obtain the largest possible number of executive positions in Baghdad and other provinces to consolidate their influence and enhance the sources of their protection and take advantage of the capabilities of the large state to expand its workspace.

The file of the conservatives in Iraq has turned into a sensitive subject, especially with the outbreak of a wave of massive protests against corruption and the authority that has existed in the country since 2003 due to poor services, poor security and widespread poverty and unemployment, which are attributable in large part to the corruption of local governments, especially the conservatives with whom they are concerned. Frequent on the theft of financial allocations to the provinces and involvement in major fraud and even crimes such as turning a blind eye to smuggling and drug-trafficking networks.

In February 2018, the former governor of Najaf, Louay al-Yasiri, affiliated with the Dawa Party, faced a thunderous scandal because of the arrest of his son, in flagrante delicto, with a gang dealing in drugs in the capital, Baghdad.

In January 2019, the Karbala Governorate Council in southern Iraq, which includes some of the holiest sites in the Shiite community, voted to dismiss Aqeel Al-Tarhi from his position and belonging to the Dawa Party, due to financial and administrative violations in the implementation of service projects.

In accordance with Iraqi law, the governor is responsible for chairing the Supreme Security Committee in the governorate, in addition to direct supervision of the referral and implementation of all service projects, and supervising the work of government institutions within the administrative boundaries of the governorate.